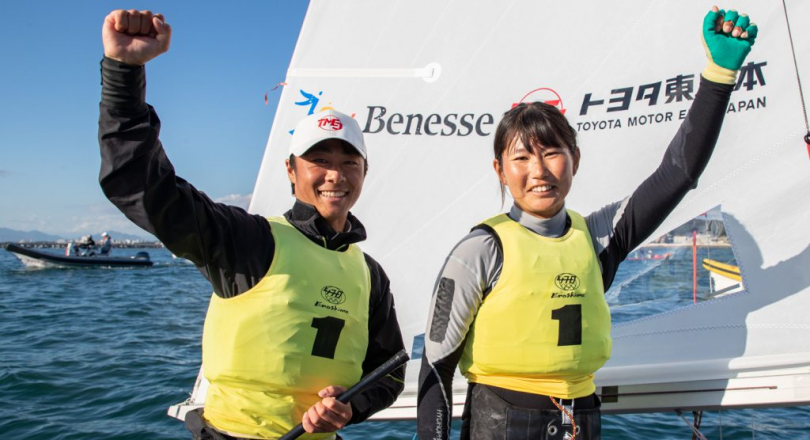 Okada / Yoshioka won gold in the national competition. The duo is the favorite to qualify for Paris 2024 Olympic Games. © BULKHEAD magazine 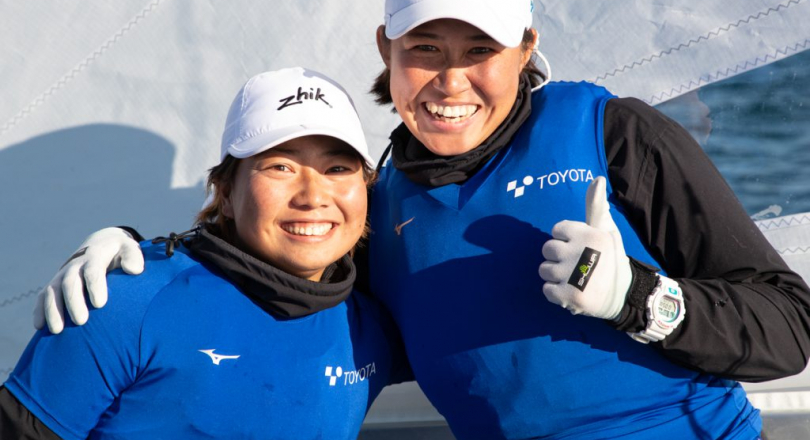 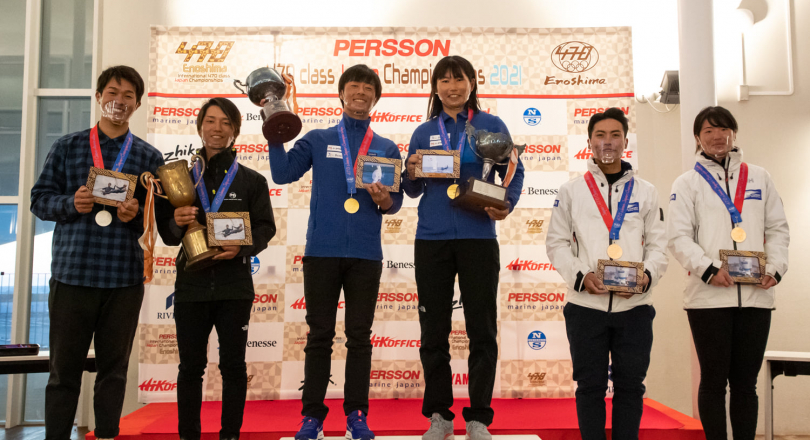 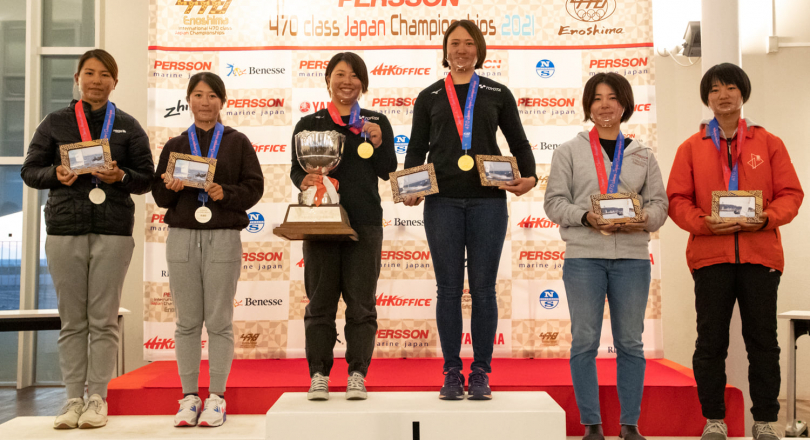 A FLEET OF 85 470s BATTLED IN ENOSHIMA’S OLYMPIC WATERS

The first 470 All Japan Championship to be held after the Tokyo Olympics was concluded with a great number of 85 470 teams.

The first ever mixed team victory for the 470 Japan Nationals took place today in Enoshima. Keiju Okada / Miho Yoshioka finished second in today’s medal race and won the Championship in a weak south wind that began to blow in the afternoon. Okada won the championship for the fourth time and Yoshioka for the third time.

The experienced duo is the favorite one to qualify for Paris 2024 Tokyo Olympic Games and next year will be training and participating in European events. Sosaku Koizumi / Torataro Matsuo came second overall, and Daichi Takayama / Fuyuka Morita finished in 3rd place. Misaki Tanaka / Sera Nagamatsu won the Women's championship. 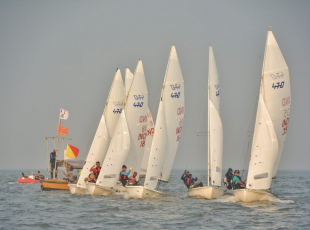