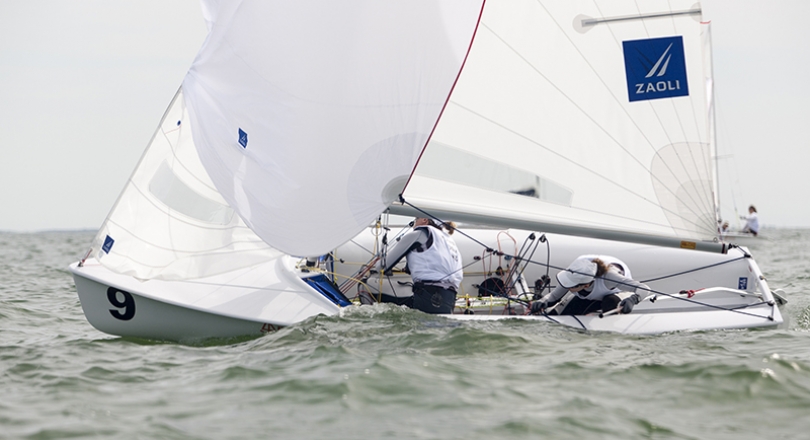 A gusty breezy for the first day of qualifiers at the 2013 470 World Championships in La Rochelle. No surprise to see the Olympic Champions Jo Aleh/Polly Powrie of New Zealand and Olympic Champion Mat Belcher with crew Will Ryan at the front.

The breeze was around 14 knots, building to 18 knots by the end of the day, with rain greeting the teams in the boat park this morning.

The men’s and women’s fleets were today seeded into fleets based on past performance, and will be re-seeded for tomorrow based on their overall leaderboard position today.

470 Men
Australia’s Mat Belcher and Will Ryan opened their Championship pursuit in first overall on the leaderboard, from a 1,1,2 scoreline. 2012 Olympic Gold medallist Belcher has won the 470 World Championships with Malcolm Page three-times, with back to back wins in 2010, 2011 and 2012. The Belcher/Page partnership claimed an unmatched run of wins from December 2011 to Page’s retirement after the Olympics, a performance which the new Belcher/Ryan combination has continued. Last month in Italy, the pair also won their first 470 Open European Championships title.

The only team to beat the Australian’s in the yellow fleet today were Greece’s Panagotis Mantis/Pavlos Kagialis who took out the race 3 victory.

“There are a lot of good sailors in this fleet,” said Kagialis. “And the Australians are currently the best, but they can be beaten.” 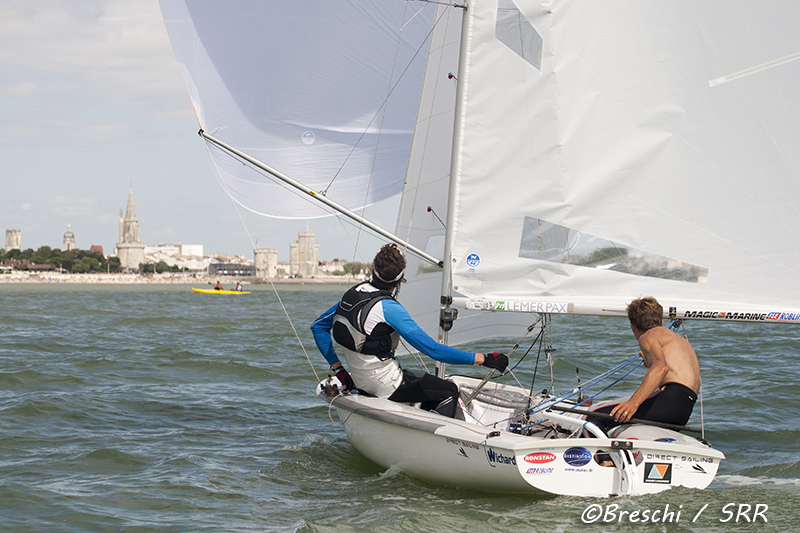 In second overall are Pierre Leboucher/Nicolas Le Berre who on Saturday won the 50 Year Cup long distance race, with New Zealand’s Paul Snow-Hansen/Daniel Willcox in third. Willcox comes from a family of 470 sailors, as his father Hamish is a three-time 470 World Champion, and raced the Legends' Trophy on Sunday 4 August.

Making their nation’s debut performance at a 470 World Championships are Matias Monthino/Sergey Paixao from Angola. 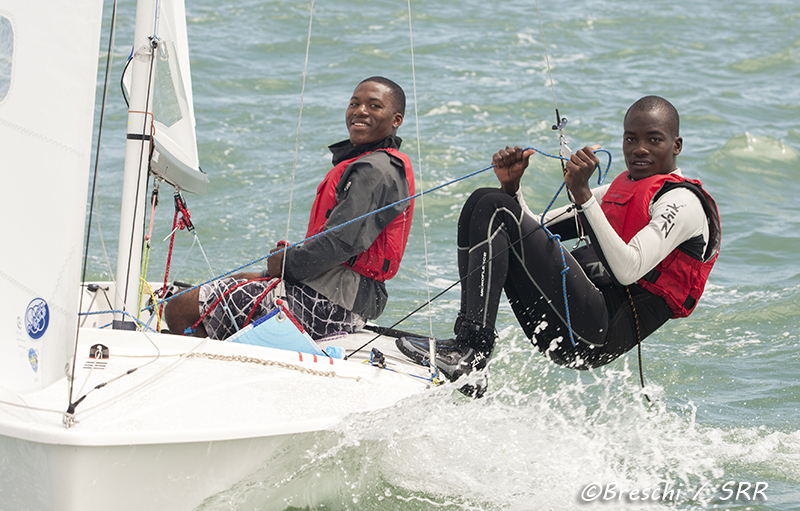 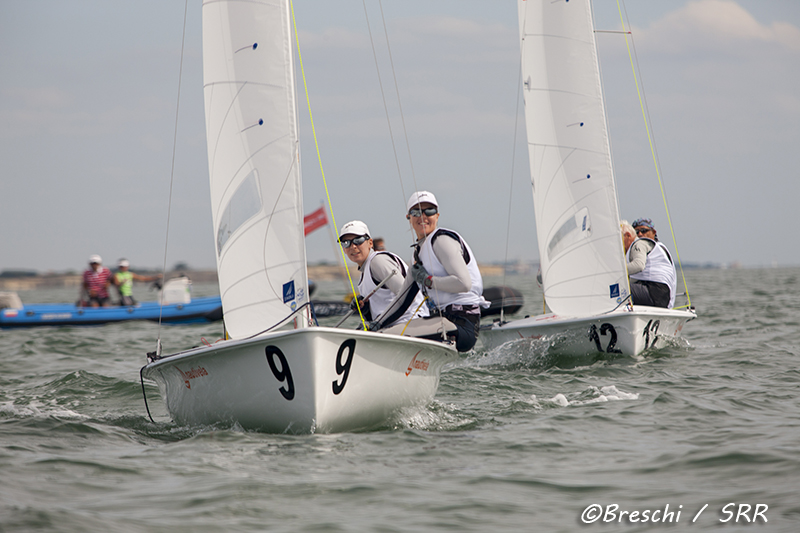 Aleh commented, “In typical regatta style we had conditions we hadn't seen for the two weeks we have been here getting ready, complete with thunder storms early on today. It was a great breeze of 12-16 knots, and some rather large waves at times as it is very shallow out there. We started off well with a second in the first race, and then followed that up with two race wins.”

China’s Olympic pair of Xiaomei Xu/Chunyan Yu end day 1 in third overall. Early days, but looking promising for an upgrade on their 16th place finish from the 2012 470 Worlds.

Great Britain’s Hannah Mills/Saskia Clark are making their first competition appearance since winning their Olympic silver medal last year. The pair, who are the defending 470 World Champions, have taken a 10 month break since Weymouth and with not many hours in the boat preparing for the Worlds may find themselves a little off form. Hard to believe that today, with a 3,2,4 scoreline.

Clark commented, “We probably feel a bit gutted that we’re going in as defending World Champions and are probably not in any fit state – in terms of hours we’ve done in the boat – to defend our title. But it is what it is. We’ve taken the time off because we felt it was the best thing long-term so we’ll have to take the short-term hit!”

Two races will be held for all fleets on Tuesday 6 August with a scheduled start time of 1400 hours.

Championship Format
The Championship format splits the 470 Men into three fleets and the Women in two, to race the qualification stage of 5 races over two days, with one discard. After the qualifying stage, the 470 Men teams will be split into gold, silver and bronze fleets, based on their position on the leaderboard, and carry forward (C/F) their leaderboard position into the finals stage of 7 races over three race days. A second discard will be allowed during the finals stage, but not the C/F score. Scoring is 0 points for 1st, 2 points for 2nd and so on during the qualification and finals stage. The top 8 in each fleet will then proceed to the medal stage on Saturday 10 August for a single Medal Race with a double points score, where 1st equals 2 points, 2nd equals 4 points and so on.

About the 470 Class 50th Anniversary Celebrations
Over the next two weeks, from 29 July to 10 August, there will be back to back racing in La Rochelle to celebrate the past, current and future generations of 470 sailors and sailing. Organized in collaboration between the International 470 Class Association, Société des Régates Rochelaises, AS470 France and the Federation Francaise de Voile get ready for two weeks of thrilling racing, a concourse d'elegance of some of the earliest built 470s, the launch of the 470 Great Book, Legends' Trophy, 50 Year Cup, Gala Dinner and much more - wrapping up on 10 August with the Closing Ceremony for the 2013 470 World Championships.