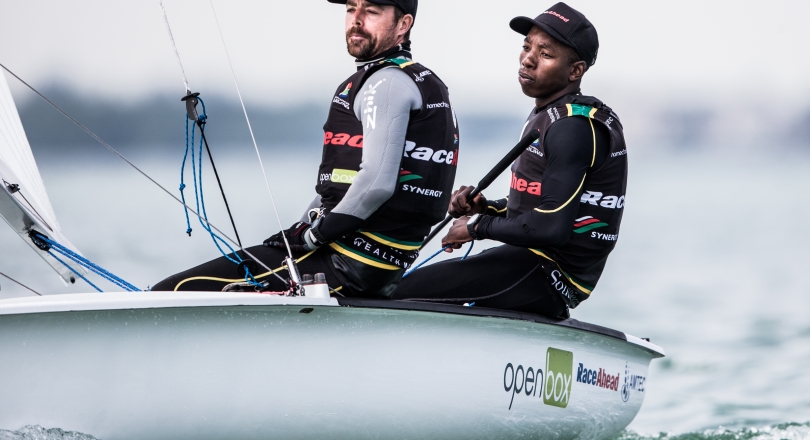 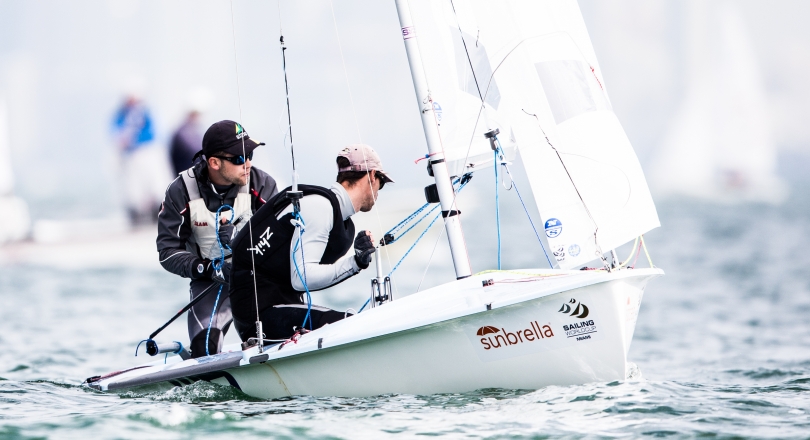 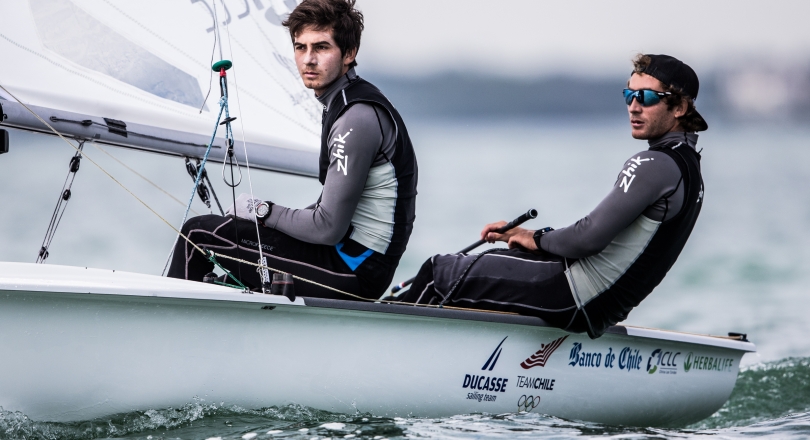 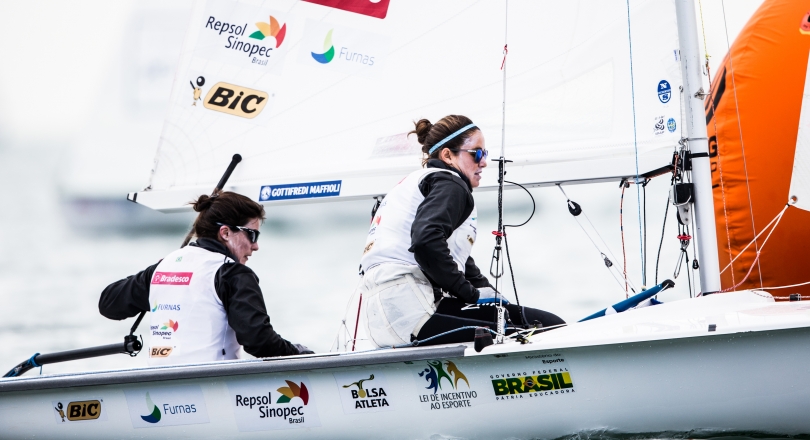 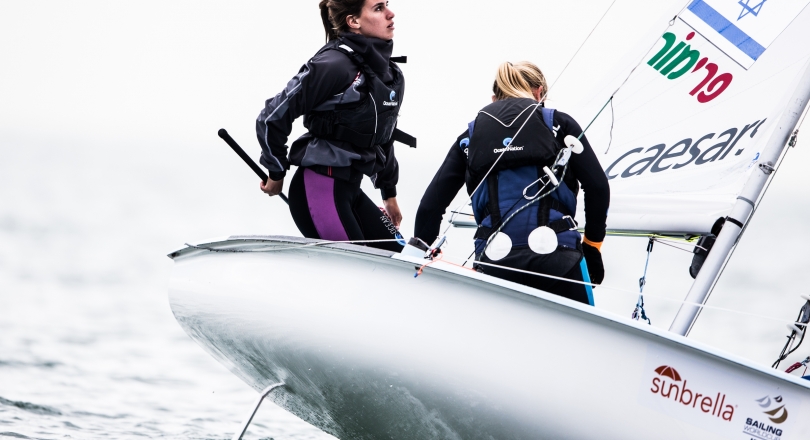 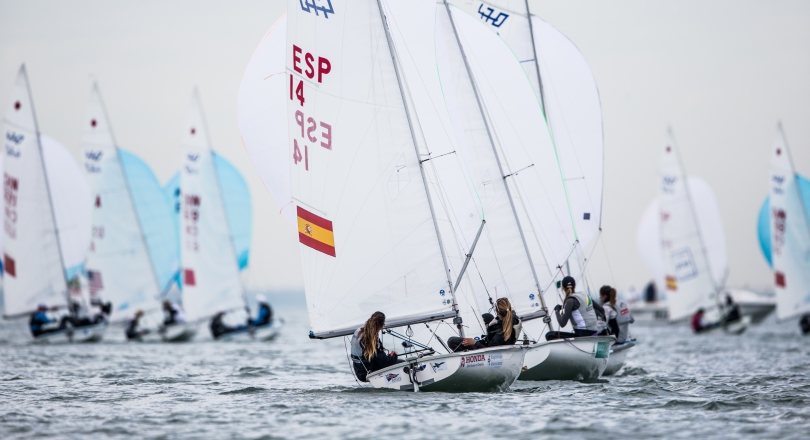 Being first wasn't necessarily lucky for the 470 fleets competing in the 2016 Sailing World Cup Miami presented by Sunbrella.

While Miami woke up to a nice breeze, it had started to fade by the time the first gun sounded at 10:00. There was enough wind to make it through one race for both fleets, but that was it. After waiting in vain for something to materialize, the 470s were sent in for the day.

The race for first in the Men's 470 race came down to a battle between Asenathi Jim/Roger Hudson from South Africa and the Ducasse brothers of Chile. The South Americans had the upper hand initially, but Jim/Hudson ground them down on the second beat to take the win. A nice opener after their recent victory at the 2016 470 African Championships.

American medal hopefuls Stu McNay/David Hughes struggled off the line, but managed to stem the bleeding and go on the attack.

"We did not have a very good start because of our own errors, but were able to be in the mix with the peleton working our way up [the first beat]," said crew Hughes. "We got flagged [for a rule violation] during the run, but we ended up only losing one boat on those penalty turns. Things really came together for us on the second upwind, we were able to pass a few more boat."

Skipped by one more boat on the final run lifted the Americans into fourth, a solid opening race. The Australian team of Thomas Klemens/Timothy Hannah was third in the race, with Onan Barreiros/Juan Curbelo Cabrera of Spain in fifth.

It was a 'head out the boat' kind of day with sailors looking to play the shifts and read the current to advance in large packs of racers. The morning opened with 4-6 knots from the north that slowly swung to the east, coming in at 7 knots and peaking at 10.

The duo of Fernanda Oliveira/Ana Luiza Barbachan (BRA) won the only Women's 470 race, getting the upper hand in a see-saw battle with Tsuf Zamet/Stav Brokman (ISR). The Israeli team led around the first mark, and stretched away to nearly a half minute lead on the run. But Oliveira /Barbachan turned the tables on the second beat and took over the lead, which they held for the remainder of the race. Marina Gallego/Fatima Reyes (ESP) finished third with Xiaomei Xu/Ping Zhang (CHN) in fourth and Lara Vadlau/Jolanta Ogar (AUT) in fifth.

Up for grabs at Sailing World Cup Miami is Olympic Qualification for one nation in each for both South America and North America. South American Olympic Qualification will be between Chile and Ecuador in the Men's and Argentina and Chile in the Women's. As for North America, Canadian and Mexican sailors will compete for the Men's Rio 2016 slot and Canada's Allie Surrette/Ali Ten Hove are left uncontested in the Women's.

Further information on how to follow the event is available below:

RESULTS / ENTRIES
Entries for Sailing World Cup Miami are available to view here - http://www.regattanetwork.com/clubmgmt/applet_registrant_list.php?regatta_id=11442&custom_report_id=66 and results will be available throughout when racing commences on 25 January here - http://www.sailing.org/worldcup/results/index.php

PHOTOGRAPHY
High resolution imagery free for editorial usage will be provided throughout Sailing World Cup Miami by Sailing Energy. Imagery will be available to download via http://worldsailing.photoshelter.com/gallery-collection/SWC-Miami-2016/C0000XsZ8MOIfCnE. The password is SWCMiami16 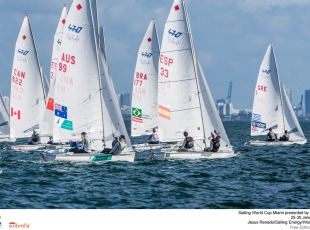 BREEZE WHIPS UP 470 FLEETS ON DAY 2 IN MIAMI 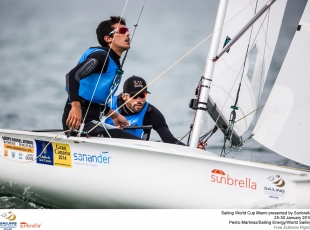 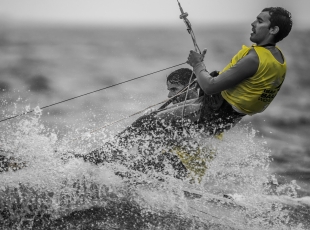 CLOSING IN ON OLYMPIC QUALIFICATION AT WORLD CUP MIAMI 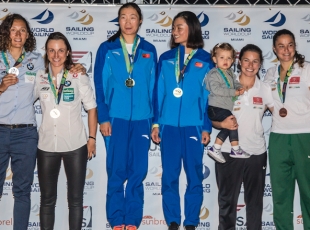 WINS TO USA AND CHINA AT WORLD CUP MIAMI 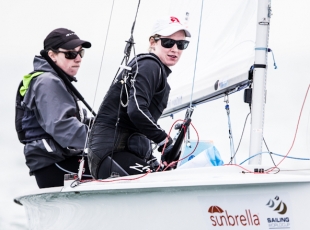