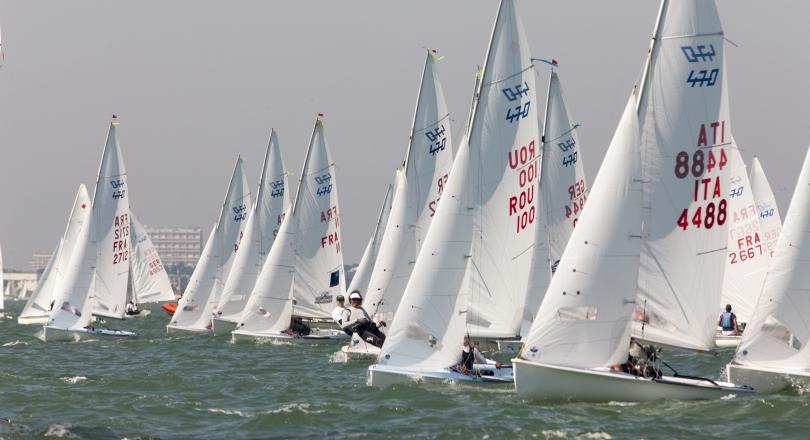 Race day 5 at the 50th Anniversary Celebration in La Rochelle, France awarded titles to the four divisions in the 470 Masters’ Cup fleet.

Titles were also awarded in the Open Classic fleet and the 8-boat Medal Race line up in the men and women events at the 2013 470 Junior World Championships were determined.

Three races were held for the record breaking 91-boat fleet competing in the Masters’ Cup whose ages range from less than 20 to well over 70 years old. The unique atmosphere in the boat park with these most senior 470 sailors preparing their boats for racing alongside the newest influx of 470 sailors in the Junior Worlds fleet has been both inspiring and quite magical.

Fluctuating conditions served up a breeze which ranged from around 7-12 knots across today’s races.

For the Medal Race stage of the Junior Worlds, teams carry their leaderboard points through to the Medal Race, with the Championship concluded after one double-points race. Medal Racing is scheduled to get underway at 1000 hours with the prize giving ceremony in the evening at the 50th Anniversary Gala Dinner 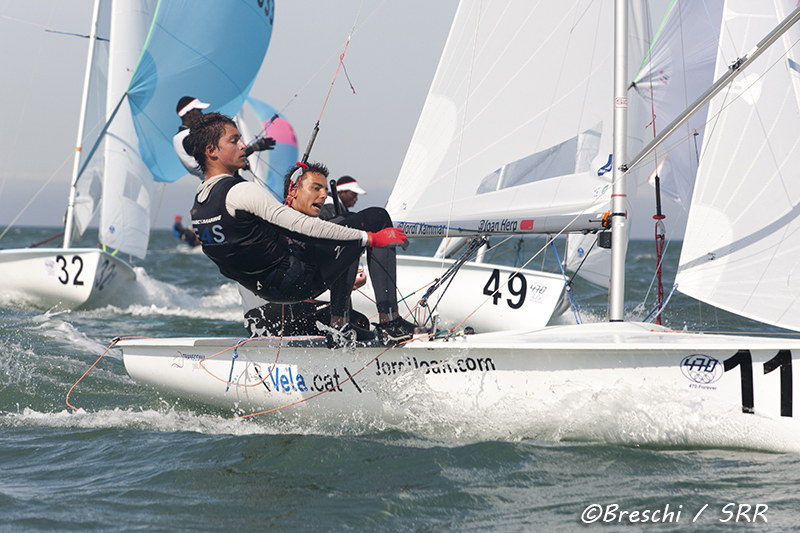 Matteo Capurro/Matteo Puppo of Italy started the day wearing the leader’s yellow jerseys, but ended it by just scraping through to the Medal Race stage by one point after a day of calamity for them and double-digit scores.

The battle for the medals will be intense and amongst the possible conclusions to this Championship any one of the top four teams are in the hunt for gold, and any of the top five teams could secure the bronze medal.

470 Junior Worlds – Women
France’s Maelenn Lemaitre/Aloise Retornaz have dominated in the women’s fleet and will go into tomorrow’s medal race assured of gold. Disappointmet for the Ukraine’s Anna Kyselova/Anastasiya Krasko who have put together the best race series of their career, but with the double-points score in the medal race ultimately carry too large a points deficit to have any hope of claiming gold. But they will walk away with the silver medal. 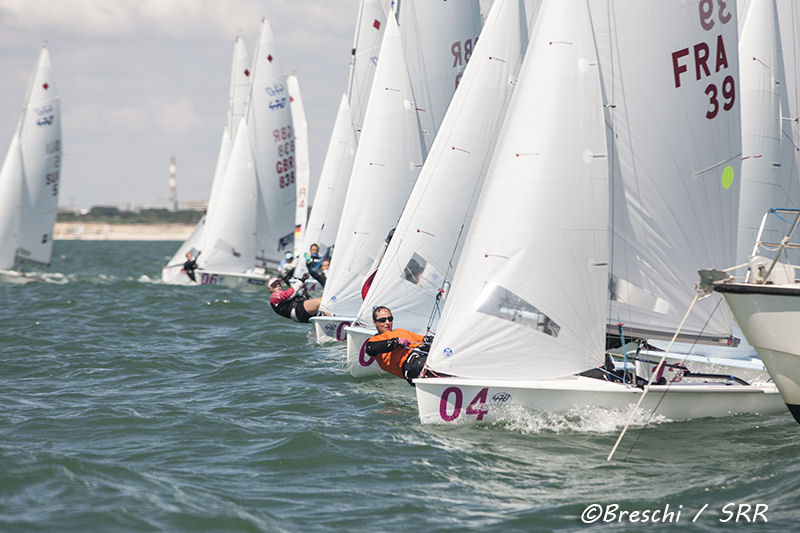 Behind these top two, all of the teams in third to seventh on the leaderboard are in the fight for the bronze medal.

Masters’ Cup and Open Classic
The Apprentice Masters, the youngest of the four divisions in the Masters’ Cup was a two-boat race between Rene Ott/Christian Sprecher of Switzerland and Romania’s sister and brother team of Iulia Fulicea/Paul Negoescu. Fulicea/Negoescu had the advantage throughout the series, but two third places included on yesterday’s scoreline gave them a one point deficit on the Swiss, who have claimed victory. Teams in the Apprentice Masters must have a combined age of more than sixty years by the end of 2013 and at least one crew member must be 30 years old.

Moving up a division to the Masters, where the combined age of the crew must be more than 70 years and at least one crew must be 35 years old, only one team had ever held the number one position on the leaderboard, and unsurprisingly Italy’s Fernando Zicarelli/Davide Gamba wrapped up their title yesterday with a 21 point advantage over Switzerland’s Stefan Seger/Benjamin Wagner (SUI).

In the Grandmasters division, teams must carry a combined age of more than 100 years with one of the teams being 50 years old or more. Defending champions Bernard Boime/Gilles Espinasse of France opened their defence well, but from the halfway stage of the regatta were outpaced by Francois Brenac/Jacques Dirusso (FRA) who claimed victory.

In the most senior Grand-grandmasters division, Robert Maurel/Gerard Daugy (FRA) won six of the 11 races to convincingly claim the title. This fleet are the ultimate connoisseurs of 470 sailing, carrying a combined age of more than 120 years, with one of the crew aged at least 60 years old.

The Open Classic fleet was won by the husband and wife pairing of Michael and Anke Becker from Germany.

The prizegiving for the Masters’ Cup and Open Classic fleet will take place at the 50th Anniversary Gala Dinner on Saturday 3 August.