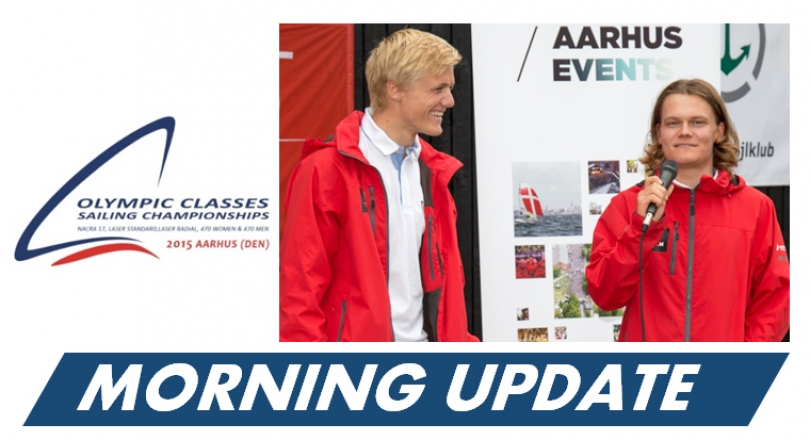 Thanks to the host nation’s team of Balder Tobiasen and Magnus Jung Johansen for giving the Sailors’ Oath at last night’s Opening Ceremony.

On the schedule today, Sunday 28 June, is continuation of measurement and registration, with the practice race in the afternoon and the 2015 General Assembly meeting of the International 470 Class Association at 1730 hours.

Measurement and Registration
Keeping to schedule, the Measurement Team completed half of the boats on Saturday and will crack on through the remaining boats today. 470s are being inspected according to the 470 Class Event Measurement Regulations & Policies.

Practice Race
A Notice to Competitors will be published on the Noticeboard at 1000 hours, advising the scheduling of the Practice Race.

General Assembly Meeting
All National Class Associations and Individual Members in good standing  with the International 470 Class Association are entitled to appoint a delegate. The meeting is taking place at Aarhus Sailing Club. Amongst the issues on the agenda are discussion of technical issues, the Class Development programme from 2016 onwards, future management of the Masters’ Cup, as well as deciding on the venues for future 470 Championships in 2017 and 2018 - including Worlds, Europeans, Junior Worlds, Junior Europeans and Masters’ Cup. Make sure you have your vote and take a look at the Meeting Information, Agenda and Papers.

Find out more about local information in the Event Guide prepared by the Organizing Committee. 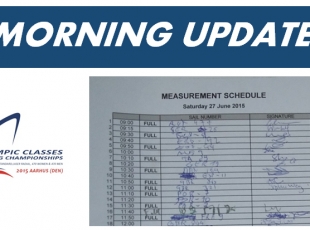 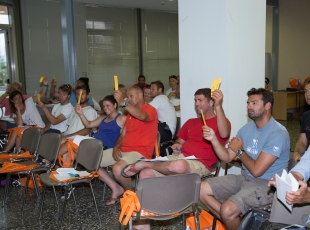