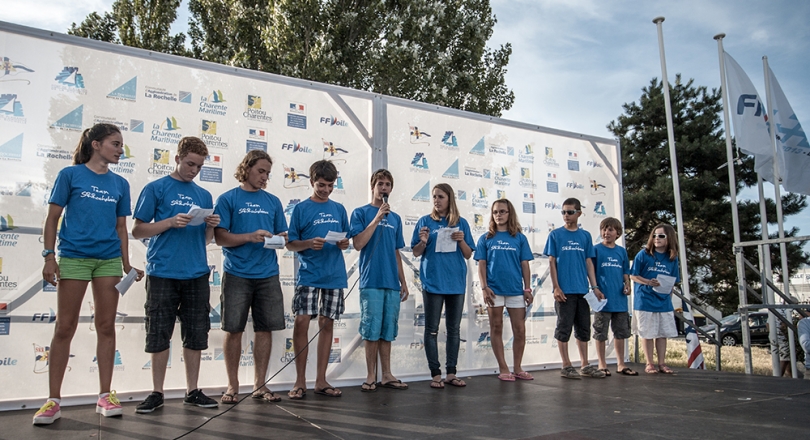 On Sunday 28 July, the Opening Ceremony for the 2013 470 Junior World Championships, Masters’ Cup and Open Classic launched the 50th Anniversary Celebrations for the International 470 Class in La Rochelle, France.

Over the next two weeks, from 29 July to 10 August there will be back to back racing in La Rochelle to celebrate the past, current and future generations of 470 sailors and sailing. Organized in collaboration between the International 470 Class Association, Société des Régates Rochelaises, AS470 France and the Federation Francaise de Voile get ready for two weeks of thrilling racing, a concourse d'elegance of some of the earliest built 470s, the launch of the 470 Great Book, Legends' Trophy, 50 Year Cup, Gala Dinner and much more - wrapping up on 10 August with the Closing Ceremony for the 2013 470 World Championships.

Tonight ‘s Opening Ceremony was all about the diverse generations of 470 sailors from the most recent newcomers to the fleet, through to the distinguished grand-grandmasters competing in the Masters’ Cup. 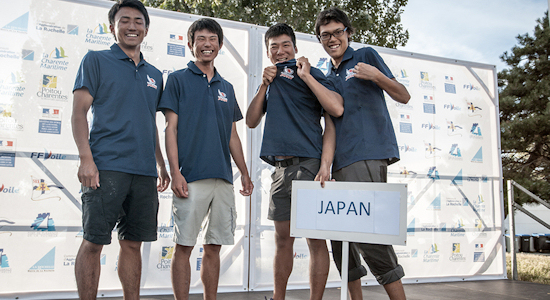 The first week of the Anniversary events get underway with the 470 Junior Worlds, Masters’ Cup and Open Classic, showcasing the youngest 470 sailors and the more senior connoisseurs of 470 sailing. Amongst the Junior Worlds fleet are many Olympic aspirants, whilst the Masters’ Cup hosts a broad pool of talent including past Olympians and World Champions in its ranks.

Claire Fountaine, former 470 sailor and Commodore of the host club La Société des Régates Rochelaises got proceedings under way by welcoming the 84 teams in the junior fleet and the 91 teams competing in the Masters’ Cup. Never before has the 470 Class hosted so many teams in the Masters’ Cup with 27 nations represented. Fountaine is herself a former 470 sailor, who was the 1983 IYRU World Champion. 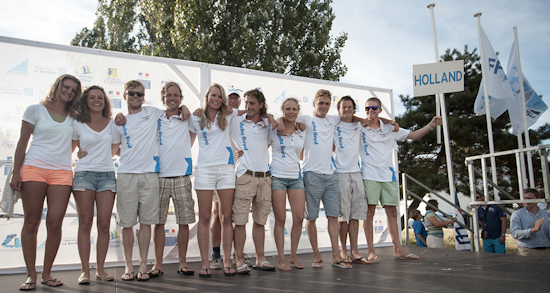 On behalf of the competing teams, Charlie Ageneau of France took the Sailors’ Oath, saying, “I swear that I will sail in this Championship respecting and complying with all the applicable rules and regulations and I will do all my best to achieve the victory, always in view of promoting the sport of sailing and the friendship among the sailors of all participating countries."

Representing the Race Officials, Axelle Van Overstraeten from France declared, "In the name of the officials, I promise that we shall officiate in these World Championships with complete impartiality, respecting and abiding by the rules which govern them and in the true spirit of sportsmanship."

Some of the younger club members of La Société des Régates Rochelaises then took to the Opening Ceremony stage to welcome the teams from around the world by saying "hello" in the language of the nations represented in this first week of the 50th Anniversary Celebrations.

Racing is scheduled to get underway on Monday 29 July at 1400 hours. 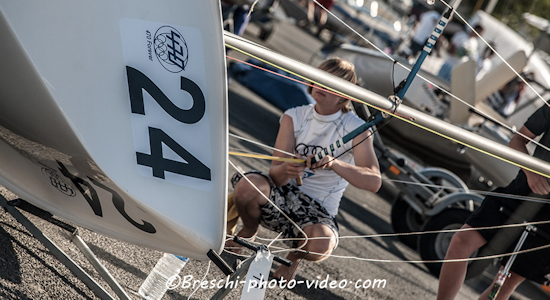 More about the on water 50th Anniversary Events:

Masters' Cup - 2013 marks a record breaking participation of 91 teams from 27 nations. Crews race in four categories based on a minimum age for one of the crew members and a combined age of both crew:

Open Classic - created especially for the 50th Anniversary events, the Open Classic is for teams who are not eligible to compete in the 470 Junior Worlds, 470 Masters' Cup or the 470 Worlds Championships. 4 teams are entered.

50 Year Cup - the 50 Year Cup is a long distance race bringing together all teams competing across all the Anniversary events. The race will be

Legends' Trophy - an outstanding line up of 470 Olympic, World and European Champions will go head to head in the Legends' Trophy, with eighteen teams representing some of the greatest 470 sailors, contesting a 6 race series in brand new provided 470s. The top 10 teams will advance to the final Legends’ Trophy deciding race. Click here for information on the participating teams.

470 Worlds - the pinnacle event for the world's best 470 sailors. Past champions are a roll call of the worlds' best sailors. Reigning World Champions are Hannah Mills/Saskia Clark in the 470 Women event and Mat Belcher will be seeking to defend the title he won last year with Malcolm Page with his new crew Will Ryan. 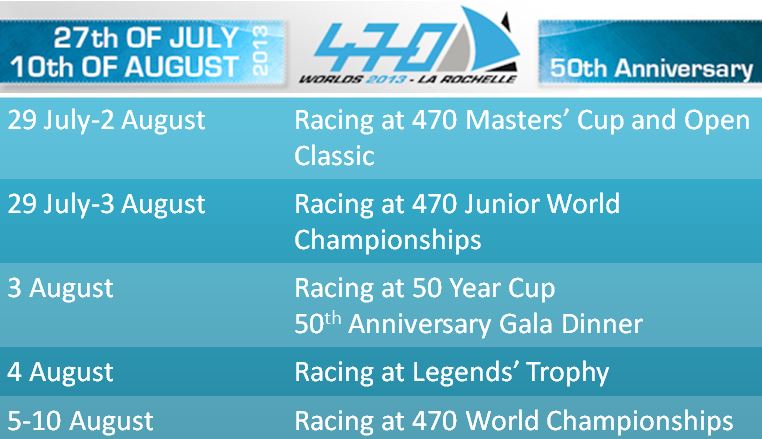 Gala Dinner - an evening of celebration for 470 sailors and supporters on Saturday 3 August. As well as a great meal and the chance to swap stories over dinner, the evening will honour the history of the 470, mark the prize giving for the 470 Junior Worlds, Masters and Open Classic and the Opening Ceremony for the 470 World Championship. There will be interviews with 470 personalities, a stage spectacle, 50th Anniversary birthday cake ceremony - all followed by music and dancing.

Concours d'Elegance - An opportunity to showcase the history of the 470 Class in a presentation of boats and equipment from the past 50 years. A Concours d’Elegance will be held on Saturday 3 August on the occasion of the 50th Anniversary Cup. The judges will inspect boats in the boat park in the morning before the start of the race and will also observe boats and crews during the race, particularly when they pass between the twin towers of the old harbour.

470 Anniversary Village - located in the boat park near to the SRR clubhouse, the village will contain tents with the following activities open throughout the championships from 27 July to 10 August from around 1000-1800 hours:
Proust: Ship chandler & sailing equipment supplier; 727 Sailbags: A range of equipment & clothing specially designed for the event; 50th Anniversary Shop: Run by the French 470 Association offering a range of souvenirs bearing the specially created 50th Anniversary logo.

The above is an overview and more information is on the: