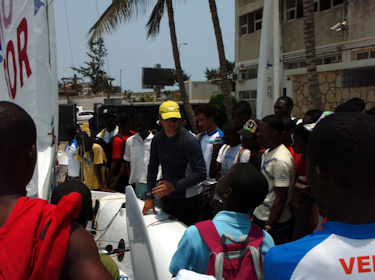 Taking place from 2-8 October 2010, the International 470 and 420 Classes have collaborated to run a joint Coaching Clinic in Luanda, Angola.

The clinic will focus on both training the trainers – so improving the level of the national coaches, and coaching the sailors. With 6 coaches and more than 40 sailors participating, the clinic is set to make a significant impact. Training the trainers is key to ensuring that they are equipped to encourage new sailors and support the existing ones.

This joint 470 and 420 Clinic has been planned for over a year, with the 470 and 420 Classes covering the costs of the coach, Pedro Rodrigues (POR), and the host club providing the onsite facilities and equipment. 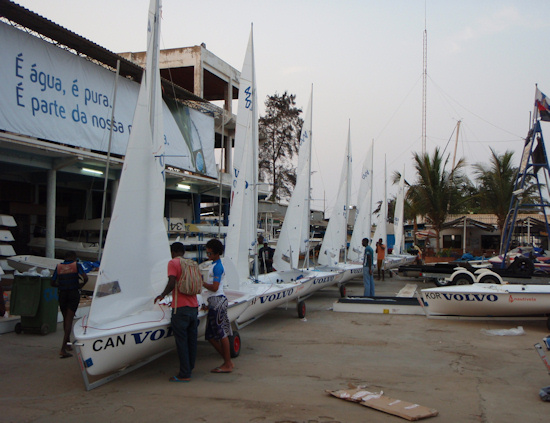 It forms part of a strategy by the Clube Naval de Luanda and Clube Náutico da Ilha de Luanda to develop a pathway towards Olympic competition for Angola, which already has a well-developed Optimist Class.

Situated on Angola's coast with the Atlantic Ocean, Luanda is the capital of Angola and its primary seaport. Sailing is well supported with several active clubs. The Clube Naval de Luanda is hosting the clinic, led by Mr Burno, the club director, but this is a joint collaboration with Clube Náutico da Ilha de Luanda, which is providing half the boats.

The two clubs have made a major investment, between them purchasing twenty 420s and ten 470s. The International 420 Class provided financial support towards the delivery costs.

The participants are from local sailing and nautical clubs and range in ability and age. For most, the clinic will be their first experience of sailing in the 470 and 420, although all are able sailors. 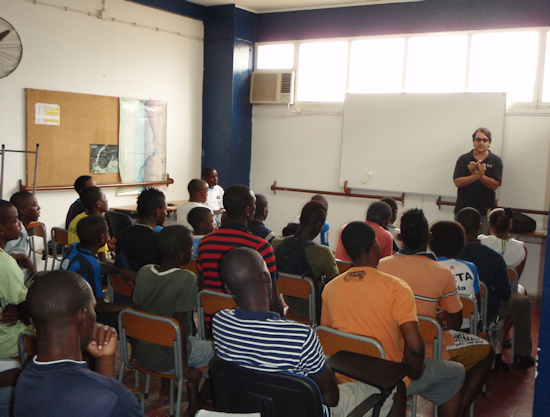 Delighted that the clinic has now come to reality after months of planning, Stanislav Kassarov, 470 Class President, commented, “This first clinic is focused on skills development in the 470 and 420 and I hope will open up many opportunities for sailing in Angola. The value of educating coaches can never be underestimated and in time hopefully it will impact very positively on the growth of sailing in Angola. This joint clinic is part of our new project “Sail 470 Africa” aimed at the development of the 470 Class and 470 sailors among the African nations.”

Nino Shumeli, 420 Class President, continued, “This clinic is a critical step in delivering a sailing pathway for Angola. Angola has Optimist dinghies, and the next step was to bring them international class two-person boats that also link in to the Olympic pathway. We are looking forward to seeing the Angolan sailors enjoy the 470 and 420 and welcoming them at international events in the coming years.”

The first day of the clinic, Saturday 2 October, started with a morning briefing by Pedro Rodrigues to set out the aims of the clinic and daily programme. It was then onto unpacking and assembling the twenty 420s and ten 470s - a long job but a great introduction to the classes.

The week long clinic will comprise a mixture of on-water practice, supported by shoreside and classroom theory, with daily briefings and video debriefings. Technical documentation and teaching materials are also being provided by the classes.

Sunday saw the participants take to the water for some boat familiarization and simple on-water exercises. With a 15 knot breeze, boat familiarization was put to the test quickly for some with capsize recovery. Starting from Monday, the participants will be split into smaller groups to focus on either the 470 or 420. The forecast for the week is variable, but likely to see temperatures around 28c with a light breeze. 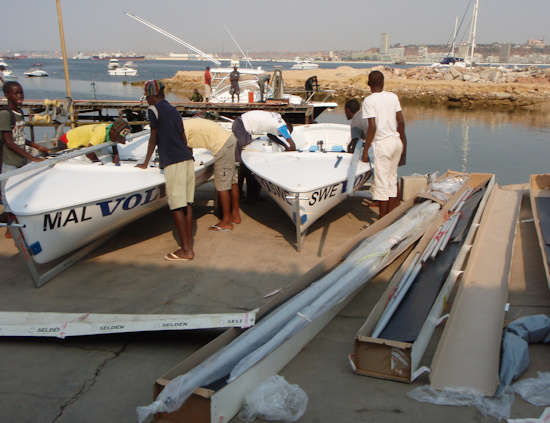 Angola is forecast to be one of the world's fastest growing economies and it is an opportune time to increase the popularity and growth in sailing and ensure it becomes an accessible and sustainable sport.

After this first clinic, there will be further follow up and support to ensure the ongoing development of 470 and 420 sailing in Angola. 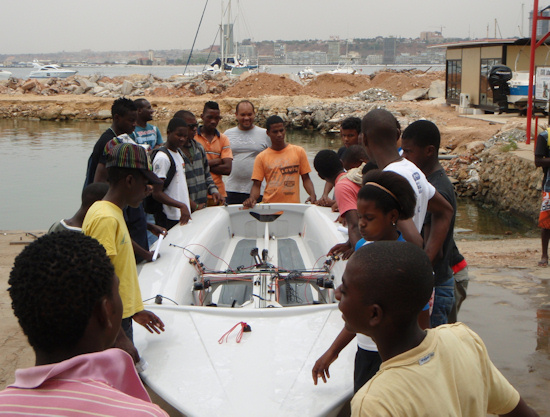