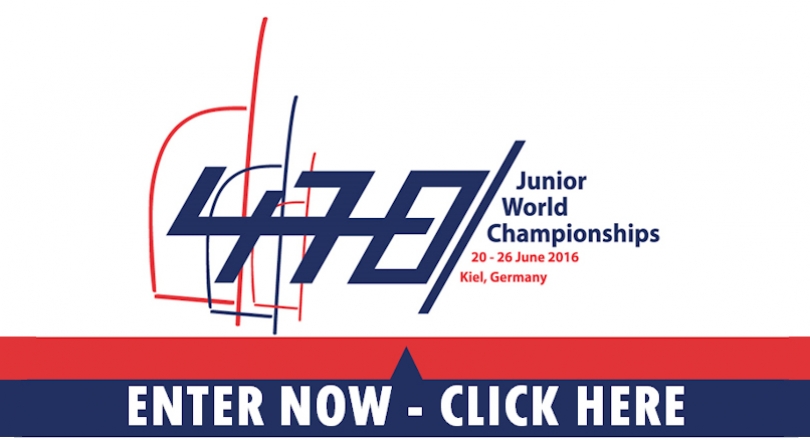 The Notice of Race for the 2016 470 Junior World Championship has been published and online entry opened at 2016juniorworlds.470.org

The 2016 470 Junior Worlds are taking place from 20-26 June alongside the renowned Kieler Woche in Kiel, Germany.

Open to all 470 Men and 470 Women teams aged 23 and under, the 470 Junior Worlds is the stamping ground of the sport’s future stars. Entry is open to teams from all 470 National Class Associations and Individual Members of the International 470 Class.

The Junior World Championship kicks off with measurement on Monday 20 June and the first day of racing on Wednesday 22 June. Five days of competition will decide the top ten teams in each of the 470 Men and 470 Women advancing to the Medal Race on 26 June.

Online entry is open and you can take advantage of the earlybird entry fee of EUR280 by completing your entry and payment by 1 June 2016. Entries and entry payments received after that date will pay the normal entry fee of EUR400. Registration for coaches/support boats is also available at 2016juniorworlds.470.org

Defending Junior World Champions are Guillaume Pirouelle/Valentin Sipan (FRA) in the 470 Men and Benedetta Di Salle/Alessandra Dubbini (ITA) in the 470 Women. Both these teams are still within the under 23 years age requirements so are likely to be returning to defend their World titles.