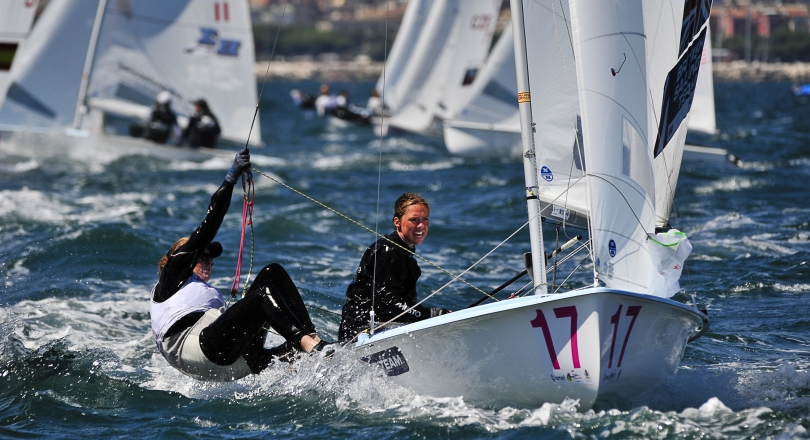 Weymouth and Portland served up some superb early season sailing conditions for the first regatta in the three-event RYA Olympic Classes Spring Series this weekend, 7-8 March 2015.

Some 86 sailors across seven Olympic and three Paralympic Classes took to the water for the domestic season-opening regatta, with a combination of the British Sailing Team’s Podium Potential crews and up-and-coming talents sharing the weekend’s spoils.

Competitors were greeted by a sunny south-westerly 12 knots for Saturday’s first day, with similar wind conditions on Sunday before the rain clouds descended and hampered visibility across Weymouth Bay and Portland Harbour.

But in spite of the early finish on Sunday, newly-qualified Race Officers Chris Lindsay and Shinichi Kagitomi (JPN), under the watchful eyes of Peter Saxton and Charli Hadden, oversaw a full schedule of weekend racing.

“We had a great turnout for this first Spring Series weekend, and couldn’t have asked for better conditions to kick the event off with and provide an opportunity to support new Race Officers who coped admirably with the multi-class rapid-fire starting sequences, with nine races providing a test for both race management teams and sailors alike,” said RYA Podium Potential Squad Manager Barrie Edgington.

“It was great to see some new faces at the front of the fleets, challenging some of the more established campaigners and putting themselves in the running to qualify for grants for some of the summer internationals.  I’m looking forward to more of the same in a month’s time!”

The second regatta in the RYA Olympic Classes Spring Series takes place at the Weymouth and Portland National Sailing Academy from 11-12 April, with the third and final event also at WPNSA from 16-17 May 2015.