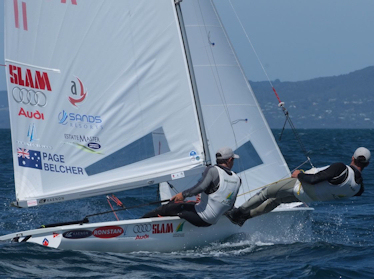 “After negotiation with Yachting Australia and ISAF, I am pleased to advise the dates for the Perth International Regatta are from Tuesday 16 to Sunday 21 November 2010,” John Longley said, from Perth today.

“It will be held on the same waters as Perth 2011 - Bathers Bay, renamed ‘Centre Course’, as well as Success, Parmelia, Inner Harbour, South Beach, Owen and Leighton Courses, in Fremantle.”

Longley said he expected a significant number of the 80 countries that will compete at Perth 2011 to register for the test regatta, which will be held one year out from the World Championships.

“Many countries will see this as an opportunity to travel to Perth, Western Australia to practise racing in the unique conditions for which Fremantle is world renowned,” he said.

“The ‘Fremantle Doctor’ will fill in the afternoons and provide perfect conditions for athletes to test their skills in the reliable wind that we usually see off the coast at that time of year.”

The Perth 2011 ISAF Sailing World Championships will be held between 3-18 December, 2011 and is an Olympic qualifying event for London 2012.

Yachting Australia Chief Executive Officer Phil Jones, who was in Perth last week, endorsed the dates of the regatta, “The regatta dates have been set to avoid conflicting with the Sail Down Under Series in Brisbane, Sydney and Melbourne and yet close enough to the Perth 2011 dates to be relevant to organizers and competitors,” said Jones.

ISAF Events Manager Alastair Fox, who was also in Perth last week, was also delighted with the announcement.

“The Perth International Regatta will provide a great opportunity for Event organisers and ISAF to prepare for the Championships. Race Management, logistics and sports presentation will form the main focus for the Perth International Regatta (test event). The announcement of the regatta highlights the commitment of the Perth 2011 team to deliver a fantastic World Championship in December 2011,” said Fox.

“The regatta timing provides sailors with an ideal warm up event for Sail Melbourne [Official Sailing Days 13-18 December 2010], the first regatta of the 2010-11 ISAF Sailing World Cup and will give sailors time to prepare for the Rolex Miami OCR [23-29 January 2010].”